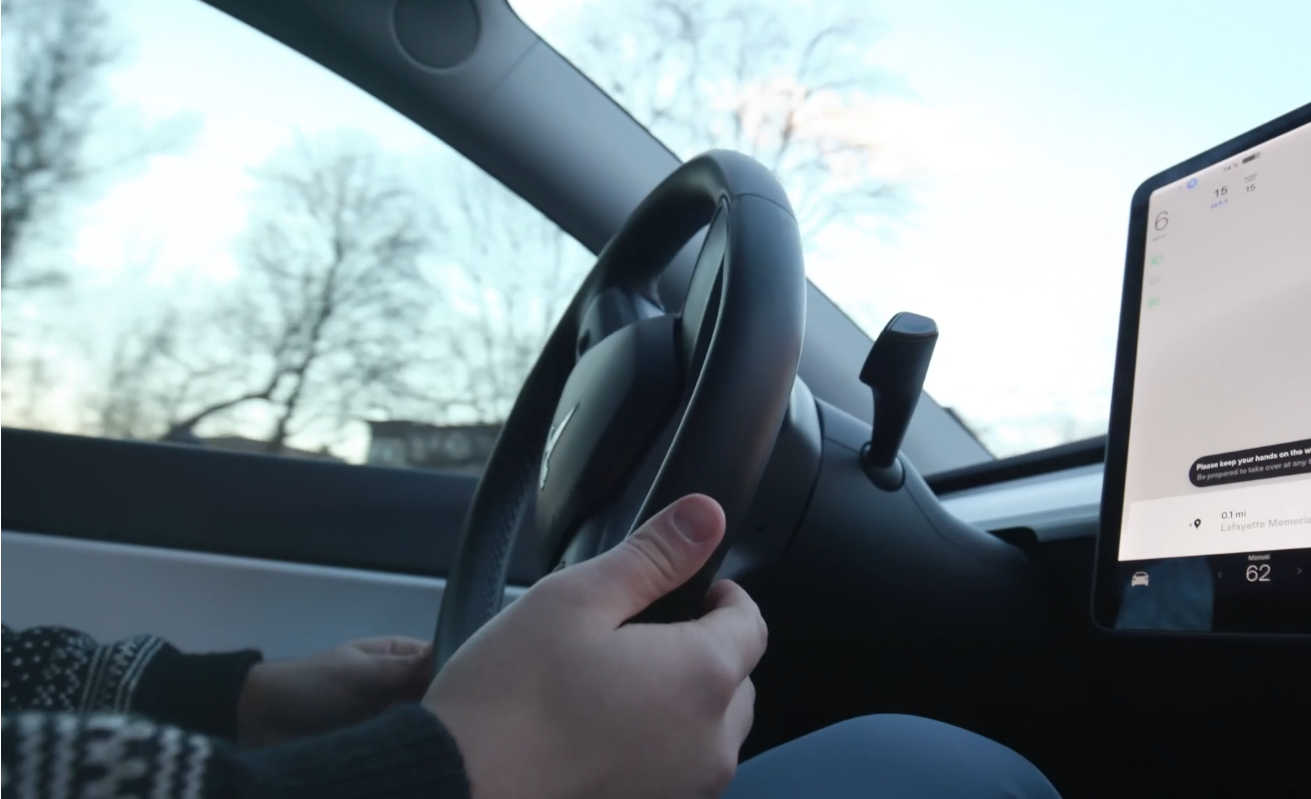 A CNBC video story examines some implications of Tesla's "Full Self-Driving" beta program on U.S. public roads. Since 2020, Tesla has offered its customers the option to purchase and test a collection of advanced assistance technologies in Tesla vehicles that it has branded "Full Self-Driving," or FSD. But how safe is it for Tesla customers to be beta-testing these new technologies on public roads? How reliable are these systems, and how effective are the safety features and company policies designed to prevent their misuse and mitigate the consequences of their failure?

The video features two Tesla FSD beta testers who drive their cars in major urban areas. They find that the systems exhibit unpredictable behavior in these complex urban environments, agitating other drivers on the road and forcing the testers to quickly take control. A third user who drives his Tesla in suburban Murfreesboro, Tennessee, conversely, reports greater success in relying on the assistance systems that Tesla offers.

Bryan Reimer, a Research Scientist at the MIT AgeLab and head of the AgeLab's AVT consortium, criticizes Tesla for referring to its assistance technologies as "full self-driving." He observes that Tesla's technologies taken together constitute only "SAE level 2" vehicle autonomy, in which a driver must expect to take control of the vehicle at any time, and are therefore incorrectly branded as "self-driving." AgeLab research conducted with J.D. Power and PAVE suggests that a significant number of consumers believe that Tesla currently sells a fully autonomous car. Tesla's marketing may contribute to misperceptions of what its technology is capable of and what technologically sophisticated cars are capable of doing in general.

Dr. Reimer also argues that Tesla's public testing of its technologies obligates the company to transparently share its data and justify its decisions to the public. He says, "Show me the data and prove it to me. Prove ... that this is an efficacious system and enhancing the risk-benefit model on our roads - much like the FDA requires drug manufacturers to show that the benefits of a pharmaceutical intervention justify the risks."

New vehicle technologies have the potential to make driving safer and the automobile more accessible, to people of all ages. But there are also risks and challenges inherent to the implementation of these new technologies that must be weighed along with the benefits.

Read the full story - and watch the video feature - here.