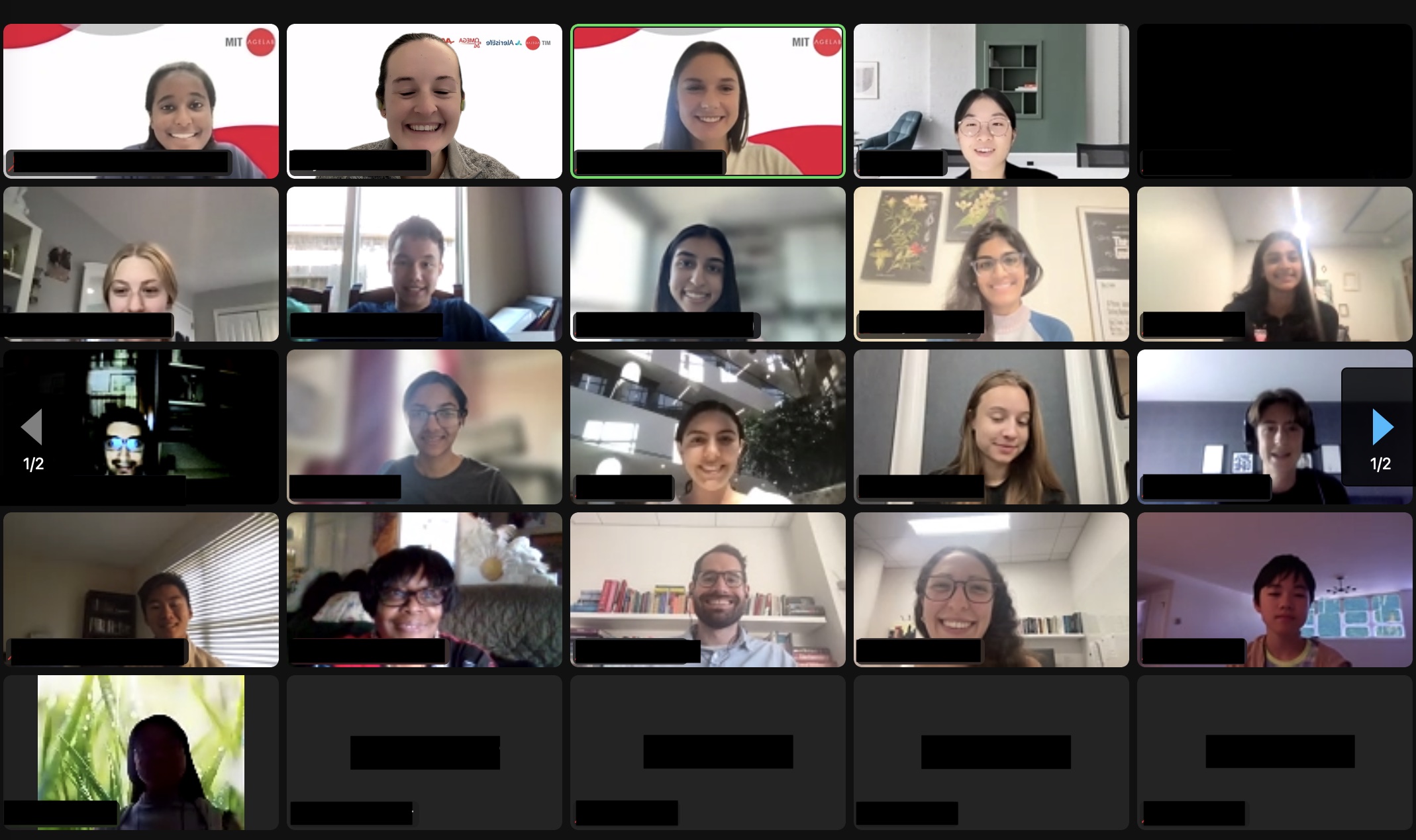 The AgeLab held its sixth annual – and third virtual – OMEGA Summit, an event that brings together high school students and professionals in aging to discuss intergenerational programming and careers in the aging field.

The 2022 OMEGA Summit included two moderated panels, one of students and the other of aging professionals, and a breakout activity for attendees to brainstorm solutions to a challenge for intergenerational connection.

A second panel featured professionals speaking about their career paths and their present work in the field of aging. Julie Miller, Director of Thought Leadership for Financial Resilience at AARP (and former AgeLab researcher); Tylor Taylor, Executive Director at the Saratoga Area Senior Coordinating Council; and Roxy Mast, Director of Sales Engagement at AlerisLife volunteered as panelists. AgeLab researcher Adam Felts served as the moderator. They discussed their varying paths into the aging field, how intergenerational programming is involved in their work, and advice they would give to younger people who are interested in the aging field themselves.

Additionally, the Summit participants split into breakout groups to address a challenge prompt: how can we find ways to make our homes and communities more conducive toward intergenerational connection. The groups brainstormed ideas involving mobile applications to facilitate social connection between younger and older residents in neighborhoods, as well as the development of multigenerational living spaces.

In addition to the OMEGA Summit, the AgeLab holds monthly chat hours for students looking for support, guidance, and conversation on the development of their intergenerational programs. Applications for the 2023 OMEGA scholarships will open in the spring of 2023.