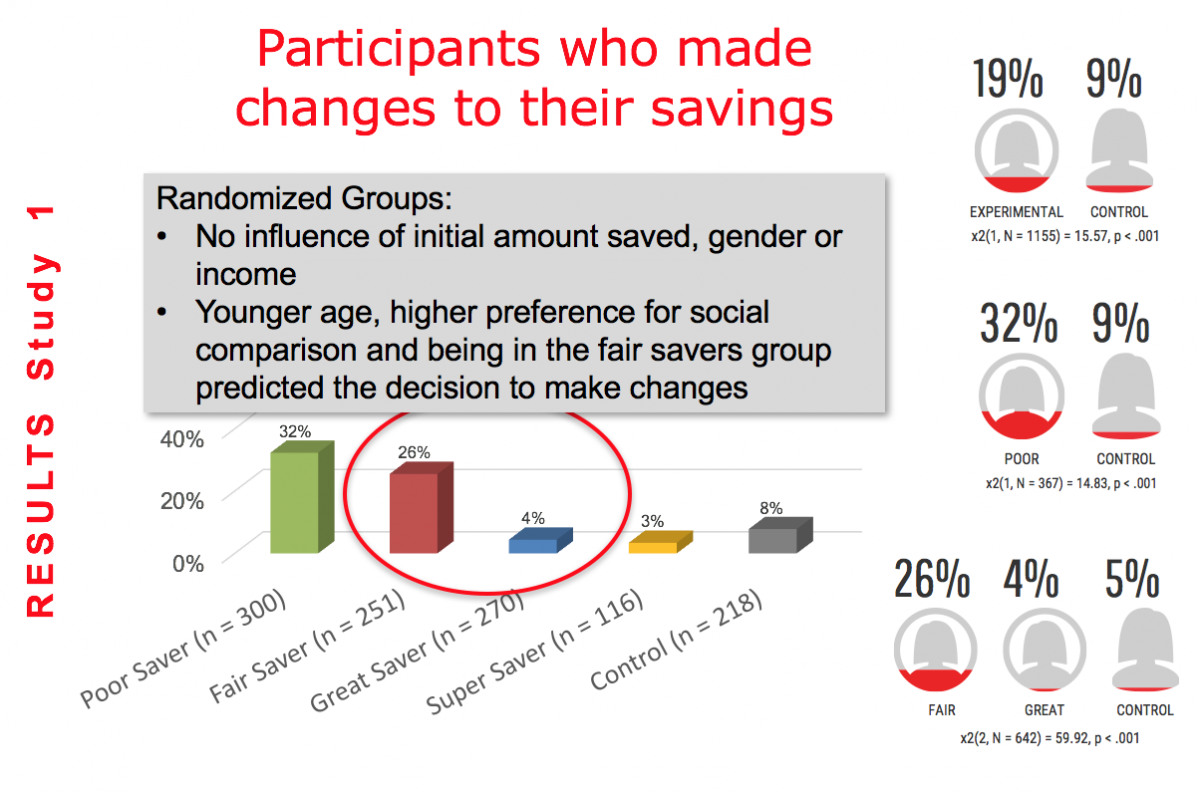 Social comparison - observing what or how well we are doing relative to our peers - is a powerful heuristic, or decision-making tool. Social comparisons can affect our most personal choices, such as who we vote for, how we eat and exercise, and our spending habits.

Even in hypothetical or experimental situations, the presence of information that triggers social comparison can cause subjects to alter their behaviors.

The AgeLab developed twin studys asking participants to allocate an imaginary sum of money toward various categories of spending, including savings. Upon completing this task, the participants were shown their savings behavior category (poor, fair, great, or super) relative to others who had taken the study. "Fair" and "great" savers were categorized at random.

After seeing their position relative to their peers, subjects were then given the option to return and complete the money allocation task again, an opportunity that a surprising number chose to take. Subjects who were identified as "fair" and "poor" savers were more likely to increase their savings.

Take the Next Step

Make innovation possible - Learn how you can contribute to AgeLab research.