Are older adults really less tech-capable? Lessons from my distracted son, my father, and the lawn mower in my garage 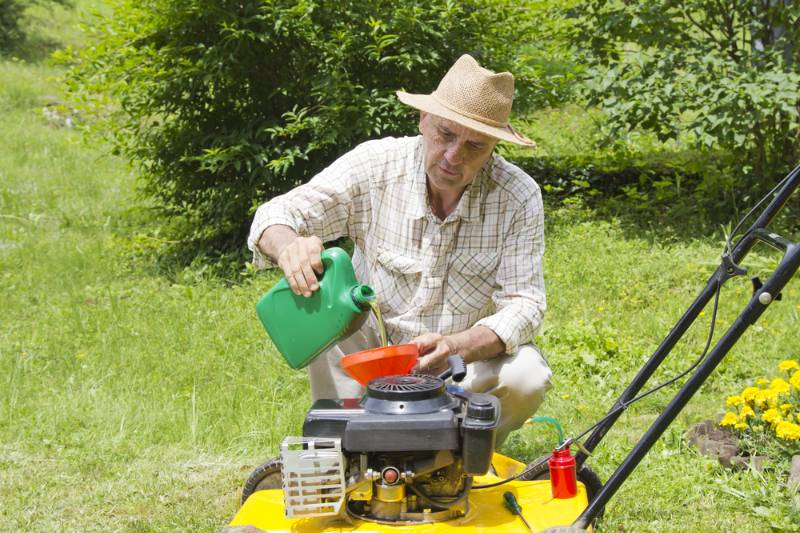 If the words “older adult” and “technology” are paired together, the usual narrative that ensues is along the lines of “older adults struggle more to learn and/or are slower to adopt new technologies,” or “older adults are catching up with younger generations in using newer technologies, but they still lag behind.” However, a recent experience with multiple generations of my family reminds me of the need to question and complicate these narratives.

For a variety of reasons, including the pandemic, I’ve had three generations of my family under my roof, including my 91-year-old father. In our garage is a gas lawn mower that has not worked for four years. As something for my dad to do – as well as facilitating getting my grass cut – I asked him to try to fix it. He agreed, and I assigned my 19-year-old son to assist his grandparent in the process.

When I checked in later on the repairs, I found my son standing in the background scrolling through his phone – the very picture of Gen Z – while my dad had taken the lawnmower apart and diagnosed the problem as lying with the carburetor. He dismantled the offending part, cleaned it, and re-installed it. But despite his efforts, the mower still didn’t work.

Over the next few days, my dad used his smartphone to locate diagrams of the lawnmower carburetor and watched lawnmower repair videos on YouTube. He discovered that there was an additional piece in the carburetor he had not disassembled. “I should have known that that piece was there!” he said. He then directed me to order replacement spark plugs for the mower on Amazon, bringing the repair team up to three generations.

All this reinforced for me the veracity our research about the importance of a technology’s usefulness for its adoption. Usefulness, of course, is in the eye of the beholder. My son (patently) saw no use in learning anything about our lawnmower. In his daily life, knowing how motors work and how to repair them isn’t of much interest to him, and he has little need to do so himself – we generally pay someone else to repair our cars and our appliances and so forth. Consequently, if forced to work closely with these technologies, he would probably look completely inept. But that says nothing about his overall capacity to learn to use ‘new’ technologies, just the relevance of combustion motors to his everyday life.

(As a telling counterpoint to his disinterest in our lawnmower, when I accompanied my son to the Apple Store, he treated the technician to a detailed description of what was going on with his AirPods and the different steps he had undertaken to try to repair them himself after doing a little online research).

In contrast to my son, my father grew up in a time and place when familiarity with technologies like motors was incredibly useful. As a result, he is knowledgeable about and skilled at working with them. And he’s added some new tools to his arsenal as well. He can find directions and videos on how to repair nearly anything on his smartphone, which he can keep near him while working – very useful for him. And so, as a secondary result, he has become skilled at using his smartphone for those sorts of purposes. If you had him try to use TikTok, on the other hand, he would likely appear baffled in the way you might stereotypically expect from a 91-year-old. He would likely give up on it to return to monitoring the stock market on his Apple Watch and checking his text messages.

As for the lawnmower, my dad’s repair attempts remain unsuccessful. (He did get the mower working, but he was dissatisfied with the choke control and run rate on the motor; I ordered the wrong replacement piece on Amazon, etc.). We’ll try again this spring. I was still able to get my lawn cut, though, for within our garage lies an even older artifact: the push mower. Fortunately, that technology proved easy enough for my son to learn to use. He may not have thought it would be useful for him to do so, but I definitely did.

Dr. Lisa D’Ambrosio is a Research Scientist at the AgeLab. Her research broadly investigates the attitudes and preferences of older adults and those who care for them. She currently leads the CareHive research consortium, while also performing research on the built environment, transportation, personal technology use, and longevity planning. She received her Ph.D in Political Science from the University of Michigan.