Why we're rediscovering the power of grandparents 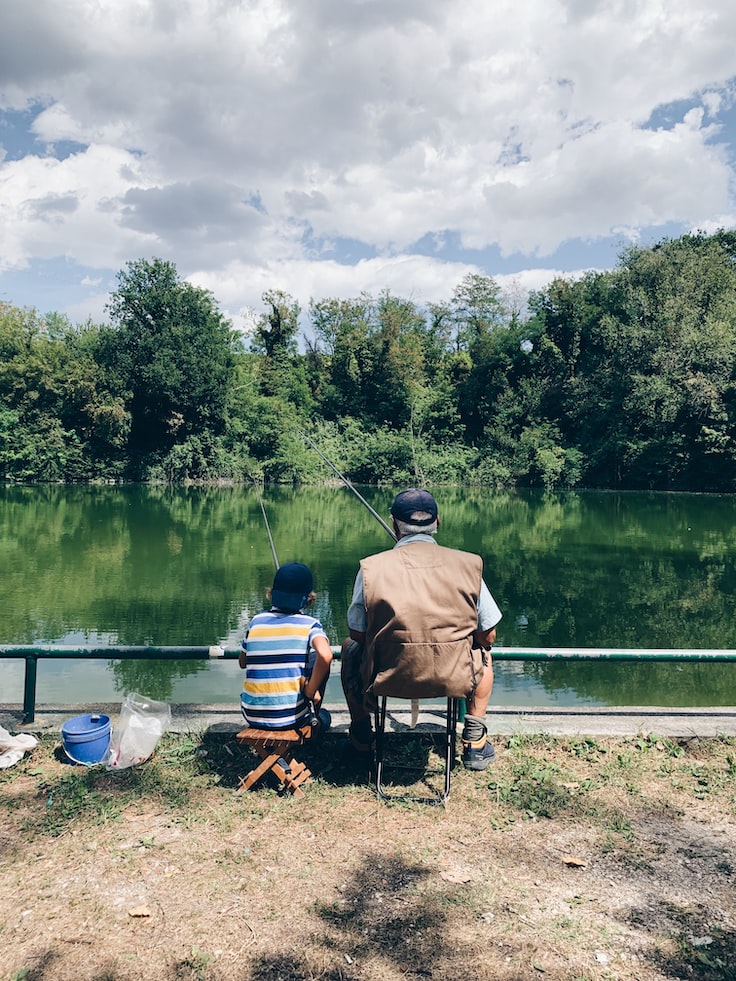 As I type this, my two-year-old is playing with her grandparents. When the Omicron variant began to make itself felt in our area, we received a note from our overwhelmed pediatrician’s office announcing, essentially, that parents would be better off not bothering them for the time being—at least for any health complaint short of spontaneous human combustion. And so, in the interest of keeping our tyke away not only from Omicron but also any other contagious agent that might put us in contract with the overstretched medical system, my spouse and I decided to keep her home from daycare. We are exceedingly lucky to be able to do so: She is the only grandchild of four grandparents who are able (all right, delighted) to spend time with her.

An all-too-commonly held bit of conventional economic wisdom says that when adults stop working, they cease to be economic producers, becoming pure consumers instead. But that framing isn’t quite right—a misconception the current moment (and indeed the entire pandemic) has cast into sharp relief. Caregiving is a crucial leg of the economic table; without it, everything falls onto the floor. Older adults are a particularly important part of the caregiving workforce. Many care for their grandkids, and they also care for each other. Although most of this work goes on quietly at home without money changing hands, it’s still possible to assign a dollar amount to what such labors of love add to the economy. In the US, informal or family eldercare is worth something on the order of half a trillion dollars a year. And that’s just for the labor alone; this estimate doesn’t even account for the fact that, for instance, when one half of an older adult couple provides eldercare to the other half, that takes pressure off their adult children, who might otherwise find themselves shouldering informal eldercare responsibilities. As a result, those adult children can turn their sights more fully to their jobs in the formal economy.

Things get even more interesting when older adults step in to care for grandchildren. A common policy reflex, in response to the news that the ratio of “prime-age” workers to older nonworkers is declining, is to look for ways to squeeze more economic output from older adults. There are a lot of good reasons to temper this response, however, and a big one involves grandparent childcare.

China, for instance, faces the sharpest demographic cliff of any major economy. As a result of its one-child policy that was in place from 1980 to 2015, China’s population is top-heavy with older adults relative to kids and younger workers. Even now, despite the fact that the policy was relaxed a few years ago, birth rates haven’t picked back up, which means the population will maintain its top-heavy age distribution for the foreseeable future.

China’s average retirement age is one of the world’s lowest: 54. (Among state-owned enterprises and the public sector it’s 60 for men, 55 for women who work in offices, and 50 for women in blue-collar settings.) For a country seeking to boost prime-age economic production, then, it would seem to be a no-brainer to raise the retirement age to at least match other major economies. (The retirement age is just above 64 in the OECD.) And in fact, that is part of China’s upcoming five-year plan: a phased increase in retirement ages from 2021 to 2025.

There’s a problem, however: the majority (as much as 88 percent, in Shanghai) of families in China rely on grandparents to provide childcare. Access to grandparent childcare, even more than paid childcare, has been shown to correlate strongly with the labor force participation of mothers. And grandparent childcare may even influence the demographic trend the CCP wants most of all: increased fertility. Drawing a direct line between grandparental care and children born is a tricky thing, and the relationship appears to vary by country. (One study, for instance, found that potential grandparental support correlates with increased intentions to have kids by women in France… and decreased intentions in Lithuania.) But in China, studies suggest that grandparental support appears to make a positive difference in women’s intentions to have children.

So what’s a country to do? Faced with declining fertility and an aging population, China appears to be preparing to force people in their late 50s and early 60s to work longer… which would presumably interfere with their ability to provide childcare, thus depressing fertility and the labor force participation of younger women. (One way to help unravel this knot would be to build up professional childcare services, which China is indeed investing in as we speak.)

Let me complicate things by extolling the power of grandparents in a different sense: an evolutionary one. Compared to our fellow mammals, human beings live a surprisingly long time. Most mammals die soon after their reproductive years have ended; there appears to be little advantage to be gained for members of a species to outlive their ability to rear new youngsters. We (and a few species of toothed whales) appear to be the long-lived exception.

The most plausible reason why? Grandparents, especially grandmothers. In what evolutionary biologists term the “grandmother effect,” throughout human (and pre-human) history, grandmothers have helped out with childcare, making it easier for their adult children to have more kids, while increasing those kids’ chances of surviving the dangerous early years of childhood. Both of these factors created a selection bias in favor of a longer human lifespan.

As a result, when we talk today about making the most of our longevity, we’re benefiting not only from, say, our individual ability to accrue wealth, or our society’s ability to support its older generations. We’re also opening a gift from our ancestors, whose childcare efforts are responsible for our lifespans, longer than we might otherwise expect.

This all isn’t to say that older adults shouldn’t work in the formal economy if they want to; or that they should feel obligated to drop everything and start babysitting. It is, however, an indication that when it comes to aging, things may be more interconnected than they appear. Grandparent childcare, for instance, isn’t some afterthought duty to be tacked on to later life; it’s the reason later life exists.

We’ve lost sight of some of these truths. According to a more recently inherited set of ideas about old age, later life is supposedly distinct from the realm of the young. As AgeLab founder Joe Coughlin writes in The Longevity Economy, we’ve been taught to expect older people “to live apart, quietly sequestered away in retirement communities, assisted living facilities, and nursing homes, surfacing to shop and dine only when everyone else is at work. We consider their natural role to be that of the consumer of goods, services, and ideas, never the producer.”

In reality, however, “later life” isn’t separable from the rest of life. It’s connected through any number of threads: economic, cultural, biological, political, familial. Attempting to address the supposed problems posed by “old age,” or aging populations, by pulling one of these threads may make sense in a hypothetical where older people exist aloof from everyone else. But the real world is more complicated: pull on any one thread and the entire web begins to move.

Luke Yoquinto is a science writer who covers learning and education, as well as aging and demographic change, in his role as a researcher at the MIT AgeLab. His work can be found in publications such as The Washington Post, Slate, The Wall Street Journal, and The Atlantic. He is a graduate of Boston University’s science journalism program.