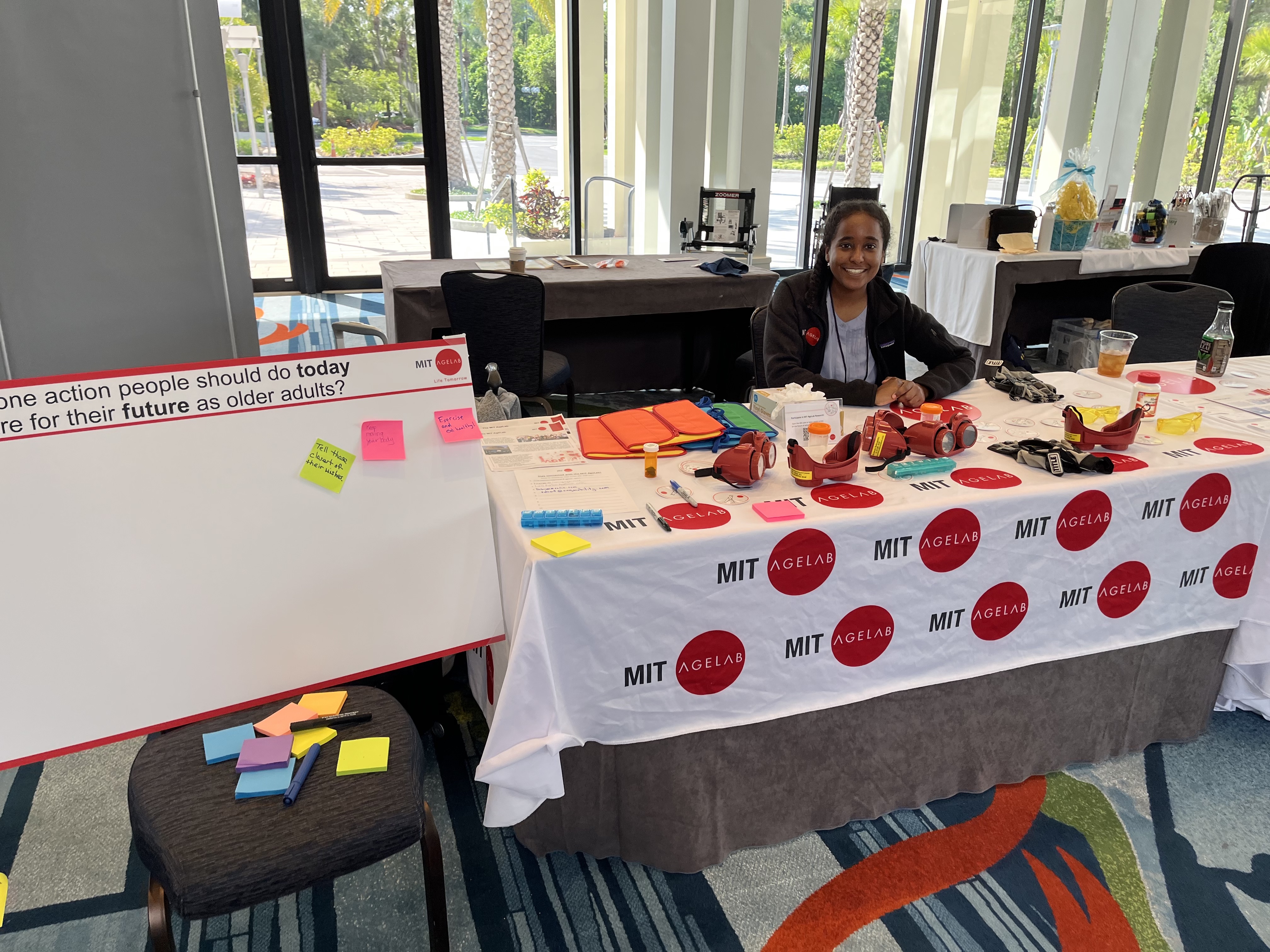 AgeLab’s Age Gain Now Empathy System, or AGNES, visited Orlando, Florida for the Aging Life Care Association Conference, an event that brings together aging professionals for educational sessions, networking, and local activities The 2022 session was the first in-person iteration of the conference since the beginning of the COVID-19 pandemic.

The conference included a discussion of PBS’s Fast Forward documentary, which used AGNES to show aging Americans what their lives might be like as they get older—with the aim of fostering conversations and new thinking. Director Michael Eric Hurtig played the “Fast Forward” trailer, gave an overview of the film and its approach, and described AGNES and its purpose as a research & an empathy tool.

In addition to a screening of the documentary, AgeLab researchers Lexi Balmuth and Sophia Ashebir outfitted Jennifer Pagano, one of the conference co-chairs, in the complete AGNES suit, before she made a dramatic entrance into the session. As she engaged in tasks like navigating the busy room and picking up a pen from the floor, she reported to the audience what she was feeling and experiencing while wearing the suit.

Later, the AgeLab researchers manned an exhibition booth for the conference. At the AgeLab booth, attendees could try on components of AGNES—including gloves and goggles—and experiment with opening pill bottles and handling zippers and buttons. Visitors to the exhibit were also invited to post their thoughts on what people should do today to prepare for their future as an older person. "Build deep conversations," one conference attendee suggested.