(Selfish) hopes for a self-driving future 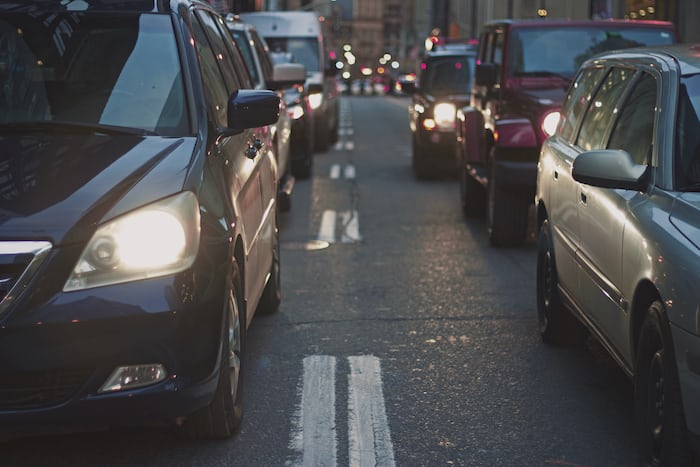 Here’s a list of things that happened on my Friday morning, off-peak commute from the suburbs of Boston to the MIT campus: a car ahead of me ran a red light and almost collided with crossing traffic; a truck cut in front of me and crossed two lanes to make an illegal turn; and a road rager came up from behind me and very deliberately crawled at 15 miles per hour in front of me for several seconds to show his frustration with a slow and careful turn I had made earlier.

These driving behaviors are just one reason I use to stay in the passenger seat whenever I can. There are lots of other excuses I’ve used to stay off the wheel: it’s raining and the backup camera probably doesn’t have a clear view; it’s too sunny and lane detection might get funny; I have too many emails to catch up on before I get to work; I slept on the wrong side and my left shoulder doesn’t move quite right; I’m still dizzy from the Benadryl I took yesterday; etc.

The share of people who, like me, fumble for excuses to avoid getting into the driver’s seat may be increasing. Like myself, who put off getting licensed until my late 20s, many younger adults seem to be in no rush to get their driver’s license. In 2018, only about a quarter of 16-year-olds in the US were licensed drivers, a steep decline from almost fifty percent in 1983. And the AgeLab’s annual automation survey series found that, among licensed current drivers, younger adults are significantly more open to partial or full vehicle automation than older generations (Lee et al., 2019; Lee et al., 2021). That finding may be the result of younger respondents’ greater familiarity and comfort with new vehicle technologies, but it may also point to a lack of interest that younger Americans have in getting behind the wheel.

Driving in America is very different today than it was for past generations. The amount of time a Boston-area driver spends in traffic has more than doubled since 1982, according to data from MassDOT. At the same time, traffic in the Boston area has gotten more unpredictable: Snarls of congestion happen at all times of the day, apparently without rhyme or reason. If my own commuting experiences are any indication, one outcome of these frustrating and unpredictable road conditions is more frustrated and unpredictable drivers, being stuck in traffic and dealing with maniacs on the road doesn’t just feel bad in the moment; it has a real impact on both our mental and physical health. Putting those measurable effects aside, the easiest way to understand the burden of traffic is to just to ask an urban car commuter about their experience. The odds are good that they will tell you that it’s the worst part of their entire day.

But many people don’t have a choice: In large swathes of the U.S., driving is the only easy way to get around, with public transportation either patchwork or non-existent even in many urban areas (Boston, at least, suffers less from this problem). The prayer, then, for many driving-haters like myself lies in a solution that can somehow seem both frustratingly distant and tantalizingly close: the self-driving car.

Increased automation in vehicles is predicted to improve road safety and traffic efficiency, reduce environmental impacts, and increase convenience and productivity.  It could also make transportation more accessible to people who have mobility challenges, such as those with vision and hearing impairments, limited motor skills, or cognitive issues. And my own selfish prediction is that these benefits would also extend to people who are capable of driving but for whatever reason are unwilling, meaning that I would no longer have to volunteer any more ridiculous excuses to avoid the driver’s seat.

However, this self-driving future might not arrive as soon as I hope—or as many might believe. While terms such as “self-driving,” “autonomous,” and “driverless” have been frequently used to describe technologies that are currently available to consumers, those claims are often misleading. In 2020, over a third of participants for the AgeLab’s annual automation survey reported that they believe “self-driving” vehicles were available to purchase (Lee et al., 2021), while in reality, the highest degree of automation currently available in consumer vehicles is “level 2,” which just provides driver support. In our 2021 study conducted in collaboration with JD Power and PAVE, the majority of respondents believed that “fully automated, self-driving” vehicles would require varied levels of human involvement, suggesting that they were conflating today’s car technologies with “level 4 and 5” full automation.

To be clear, this knowledge gap isn’t the fault of consumers themselves. Instead, the blame lies largely with overeager car manufacturers hyping their systems beyond what they’re capable of—perhaps hoping, like me, for a future that may be farther off than they want it to be.

A complex network of issues must be dealt with before self-driving cars can be implemented on public roads – regulation, education, physical infrastructure, insurance and more. The striking knowledge gap among consumers is another issue that needs to be addressed. The misuse of terminology and miscommunications around the capabilities of new cars may create incorrect expectations for what the future may bring, and the negative attitudes built on today’s misunderstandings may impede the automated future that reluctant drivers like me are hoping for. People may already be growing distrustful of a technology that doesn’t even really exist yet.

As tempting as it is, we can’t let our hopes outpace reality, even if I am running out of excuses to avoid getting onto the Mass Turnpike.