On April 25th, six middle schoolers from Somerville's Albert F. Argenziano School toured the MIT AgeLab in preparation for the annual Future City Competition, which this year will task students to design a city with older people in mind. AgeLab researchers Dana Ellis and Alea Mehler provided the students with an overview of aging demographics, universal design principles, and the AgeLab's work, as well as a demonstration of the Miss Daisy driving simulator and of Paro, an animal therapy robot. The AgeLab will continue to support the group as the competition approaches, such as by connecting them with the 85-plus Lifestyle Leaders cohort for perspectives and advice. Having advanced to the national stage in last year's Future City Competition, members of Somerville's youngest generation are poised for success in imagining how an elder-friendly city will look in the next century. 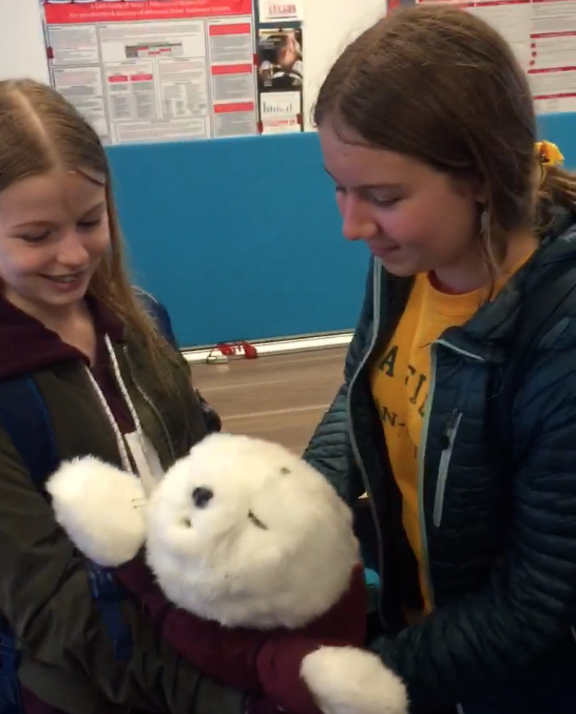